Why Triathletes Need an Off Season In The First Place 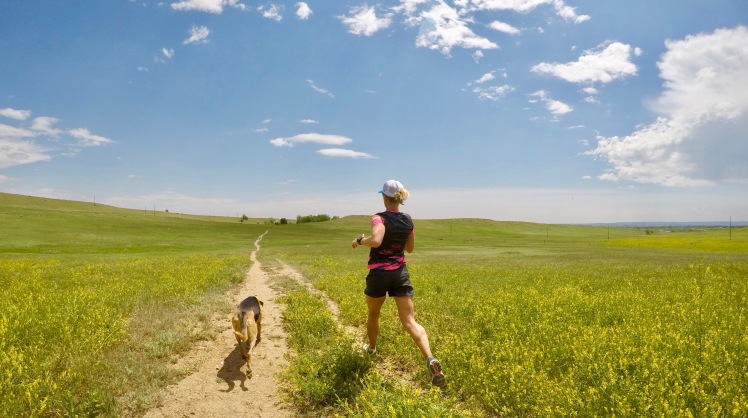 The late fall is a time for rejuvenation, rest, and reflection for triathletes. After a long season of racing, which can start as early as March and extend into November (or later), taking time away from training is a necessity. It is an equally important period of rest for your body as it is for your mind, and taking a break is the best way to ensure you’re fully charged up and ready for the next season. Yet, some triathletes dread the off season’s rest period and see it only as a boring necessary evil (it doesn’t have to be), while others look forward to it for months. In late September, the approaching off season helps fatigued athletes slog through their last final training block of the year, knowing that the end is finally in sight. We believe that taking at least a few weeks fully off is key to a successful off season. But a good off season doesn’t stop there, as we’ll discuss later.

Getting Out of Shape First to Attain Peak Fitness Later

Two to four weeks of doing essentially zero exercise may seem like a detriment to your fitness, and it is, but that’s the point. In order to keep building throughout the years, your mind and body need a solid, well deserved reset, and allowing yourself to get out of shape is a key part of progression. Staying in top form or always trying to be in peak condition is a great way to ensure that you never make big strides forward and don’t ever have a true peak. Another way to look at follows: would you rather be at 90 percent fitness for the entire year and crush workouts in January when it doesn’t matter, or would you rather be at 100 percent a few key months of the year and win races, followed by periods of 80 percent fitness in between? Hopefully you’d choose the latter. Taking an off season is just part of the equation, as are mid-season mini breaks after key races. Fitness needs to eb and flow. Real progress isn’t linear.

The Gray Area of Your Off Season

There are two parts to a successful off season. The first is the two to four weeks of getting out of shape, eating doughnuts and pizza, partying, and spending extra time with your family and friends. During this phase, exercise can be fully neglected, depending on how strenuous your season was. The harder you worked and the longer your season was, the “deeper” and longer the neglect of your fitness should be. The second phase of the off season is the in-between or gray period, which lasts a month or two before dedicated training begins. For example, if your last race was mid October, you might take three weeks fully off during the fitness neglect phase. If your next race isn’t until early April, it doesn’t make sense to start up full-on training just three weeks later in November, which would be nearly five straight months of training. During which you’d likely get burned out, sick, or mess up the periodization of your peak for that first race. Better to take a steadier, slower approach to the first four to eight weeks of training coming back from the beer drinking neglect phase, (it may seem like neglect but this period is actually doing you a big favor).

How Long is The Gray Area of the Off Season?

The gray area of the off season might extend from early to mid November all the way through December, with focused triathlon training beginning January 1st. So, what do you do for nearly two months? Moderate triathlon training that spreads out the three sports evenly is probably a waste of time, as you won’t be working any of those disciplines that hard, and if anything you’ll just be maintaining moderate fitness, which should not be a goal of serious athletes. For real gains, you need to stress your body hard. And, as stated earlier, this is not the time to be pushing super deep, as it will lead to burn-out by June. However, focusing on one sport or weakness can lead to gains in that specific area without overly taxing your body or mind during the early winter. This is the time for specialization.

Focus On Your Weakness

A good age group triathlete might have an hourly training volume (excluding sick, rest, and taper weeks) of 12 hours per week during the main season. To keep things simple for our example, this might be spread out as such: six hours of bike workouts, three of swimming, and three of running. This doesn’t allow much time for each sport. A pure runner might spend 10 full hours of running per week and log 70 miles, or a pure bike racer with a similar ability and dedication level might spend 12 hours on the bike with three days of hard intervals. During the gray area of your off season, you can ramp up your time in a single sport to make gains specifically in that area. However, you don’t have to stop the other two sports fully. Come January, you’ll have made some serious gains in that single discipline without being burned out on overall triathlon training. Swimming in particular is an excellent choice if that’s a weakness of yours because it’s weather independent.

It’s pretty much impossible to remain fully injury free as a triathlete. The demands that the three sports put on your body are so great that something is bound to give in, especially if you’re putting in large run volume or intensity. The off season is the perfect time to hit the gym with specific band and stability work, or regularly attend yoga or pilates classes. Whatever you do, make it a routine and do it with a specific purpose. Randomly doing the machine weights in the gym one week and going to a yoga class or two the following week doesn’t allow enough time for adaptation. Work with your coach to figure out what your weaknesses are and how to address nagging injuries so that you can maximize your off season to create meaningful improvements.

Cross Train With a Different Sport All Together

While fully giving up running, swimming, and riding for two months is probably a bit too much, you shouldn’t feel obligated to pigeon hole yourself into just those three disciplines over the winter. Nordic skiing, hiking, trail running, kayaking, mountain biking, snowshoeing, ski mountaineering, and cyclocross are all great cross training sports that can give you a big cardiovascular and strength boost over the fall and winter, while also getting your body to work in different ways. Cross training with a different sport a few times per week keeps your body on its toes and your mind engaged. It’s hard to get burned out if you’re mixing things up with fun, challenging, sports like skate skiing, trail running, and mountain biking every few days. Choosing something that gets you into nature is also hugely beneficial during this time. While triathletes spend a fair amount of time outside, none of it is really in nature.

If in Doubt, Train With Others 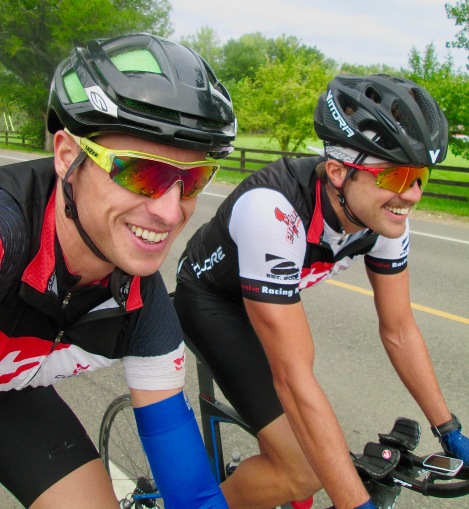 Training with other people serves multiple purposes. It’s a great way to stay motivated and have fun during the gray period of the off season, plus it gives you a chance to learn what other people are doing, and potentially incorporate some of their strategies into your own training/recovery/nutrition/mental game. After all, the fall and early winter is the time for experimenting and trying new things, as there’s plenty of time left to narrow down your focus before race season. Triathletes have a tendency to put on blinders and get stuck in their own routine, too afraid to alter their training and link up with others simply because it’s “not part of the plan.” Triathlon attracts a lot of Type A people, which is fine, but you shouldn’t become a training hermit at the expense of spending time training with others. The off season can be a good reminder that training in groups is not only fun, but it pushes you to a different degree of effort. You can only push yourself so hard; having others running, swimming, and riding next to you can force you to eek out that extra 10 percent that makes all the difference.

Get a Coach That Understands How to Maximize Your Off Season

Does your coach listen to your body and mind’s needs? Does he realize that you have a passion for trail running or a desire to learn how to ride in a pack with others? Does she indulge your goal of setting a new 20 minute power number or PRing in a 10K? Is your coach paying attention to your strengths and weaknesses, or is she just giving you the same old workouts that split your time evenly across the three disciplines? It may be time to shake things up, and the fall is the perfect time to jump ship to find a coach who actually gives a shit. We do. Be The Beast Coaching is here for triathletes, runners, swimmers, and cyclists who want to get the most out of their short time on earth and raise their performance, health, and passion to a new level. Contact Adelaide or Kennett today to learn more about our coaching philosophy.